PDP and the reward for South-east loyalty

Home » PDP and the reward for South-east loyalty 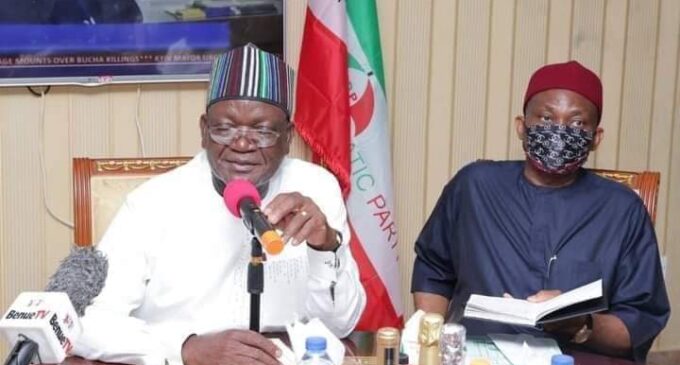 Among the political parties in Nigeria, the People’s Democratic Party (PDP) has enjoyed loyalty of membership from the people of the South-east region.

Apart from seeing the All Progressives Grand Alliance (APGA) as their own, the people are more loyal to the PDP than they are to APGA. The reason is in the voting. Apart from Anambra state governor’s seat, the PDP wins most federal and state elections in the region.

In the heydays of the Sani Abacha administration, Nigeria was experiencing, just like today, the worst of national cohesion, perilous economy and grubby politics played by Abacha.

It was a period of military rule – a period of uncertainty and despair. This was the period that former Vice President Alex Ekwueme rose to a national duty and undeterred, rallied “key political figures of different ideological persuasions under a new platform called Institute of civil society.”

The party was formed to accommodate all. According to Alhaji Abubakar Rimi, “the politics of Nigeria before now {then} was built on ethnicity, regionalism, sectionalism and things like that. It gave us a lot of problems over the years. So we decided that we are going to form a party that is so big and so popular that everybody will join.”

Ekwueme would become the Chairman of the party and later was a leading aspirant for president.

For the support of Ekwueme whose candidacy held the country spellbound and regardless of what came about at Jos during the primaries, Ndi Igbo remained steadfast with the PDP that it took the name; Ojukwu and the wave Mr. Peter Obi pulled during his campaign in 2003 for governor and eventually winning his mandate in the courts, for  APGA to break into the hearts of the Igbo, especially Anambra state. The mantra, “Nke a bu nke anyi” – this is our own; is for the sustainability of APGA.

Even with such a mantra, APGA has not been able to win all Anambra polls in a landslide. APGA has not made it into other South-eastern states in a decisive way. Hatred was visited on APC that it takes defection or the particular individual flying the flag for the party to win a seat.

Ekwueme, his sacrifice, his input in the formation of the party and his loyalty to the party was not rewarded and the loyalty of the Igbo to the party, has not been rewarded.

The first primary election in Jos happened the way it did but Ndigbo rather than express their anger to probably walk out of the party, decided to support the party.

This support has been regarded as a blind support where the party has been treating the aspirations to lead the country by the Igbo people, especially the South-east zone, like a pendulum where it rotates from one region to the other except for the South-east.

At the foundation of the PDP, is the principle of power sharing and power rotation, otherwise known as Zoning. The party also set out “to work together for the speedy restoration of democracy, through the advancement of national reconciliation, economic and social reconstruction, and respect for human rights and the rule of law.”

In their manifesto, their mission, which is named historic, is, “to build a modern democratic state founded on justice, equity and fair play.”

After twenty four years of its existence and now in opposition resulting from selectively abiding by its principles, the PDP still continues to renegade and disregard the contributions, sacrifices and loyalty of the Igbo people in general.

2023 is a year of election and in the process; the PDP has disregarded its principle of power sharing, justice, equity and fair play. Zoning had much meaning until it became justifiably the turn of the South-east to go for the election.

Just as the South-west was appeased to advance national reconciliation based on justice, why should the South-east not qualify for appeasement based on justice and for the loyalty it has shown to the party these twenty four years?

The odds against the Igbo presidency

The South-east people form a huge voting bloc in the region and second in each of the other regions and cannot be made to look as if they cannot win an election for any party if they consider it their own. More so, no region can on their own win election.

The restiveness in the South-east is partly as a result of such disregard from a party the people have so much worked for and loved.

There comes a time when the region will demand and insist for their own turn or otherwise step back from the party.

South-east people should also spread out to other political parties than patiently waiting and hoping to hatch their eggs from a party that has not considered its interests.