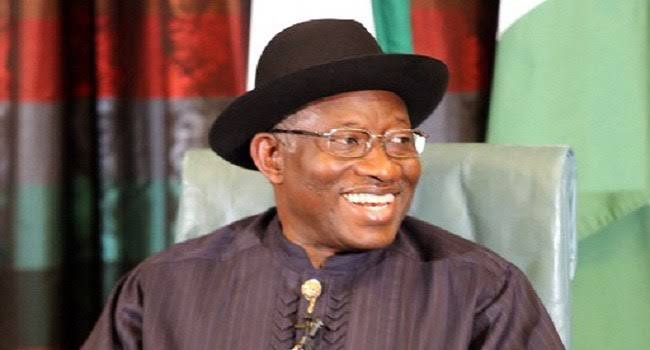 It is becoming obvious that the former president Goodluck Ebele Jonathan is interested in running for the president of the country. Some youths demonstrated, calling on him to run for election. According to reports, “some northern emirs had reached out to the former President, asking him to contest.”

Jonathan is said to give a condition that he will be joining the race under the All Progressives Congress (APC) if he is endorsed by President Muhammadu Buhari.

Jonathan who ascended to be the president from the position of Deputy Governor, Governor of Bayelsa state, ran as Vice President with President Musa Yar’Adua and when the president passed on, he assumed office which gave him the opportunity to govern Nigeria for five years.

If he gets the opportunity again, he would be the longest democratically elected president to govern for nine years, as he would be constitutionally allowed a term of four years.

In as much as Jonathan gives conditions for which to declare his intention, which he may still be considering, his moves have shown a person very interested to run. In addressing the group that rallied to request him to run, the former president said, “You are calling me to come and declare for the next election. I cannot tell you I am declaring. The political process is ongoing. Just watch out…”

Just watch out, he said but, as Jonathan is called upon to run or that some northern emirs are calling on him whom they, in their permutations, think that Jonathan will have only four years, and power will return to the north. They also think that as a former president, he understands the problems with Nigeria and would work towards uniting the various divides that have become very obvious under the Buhari administration.

According to Shehu Umar who wrote in an article titled “2023 and Jonathan’s Candidacy”, he said, “Former President Jonathan is a person with wide public acceptance cutting across religious, ethnic and regional divides. It is obvious that from the current political firmament in the country, Jonathan fits this mould from the South.”

The social turmoil being experienced across the country, the political divides currently experienced were there at the start and during the Jonathan administration. In 2010, it took the invocation of doctrine of necessity for power to be handed over to Jonathan.

At the time of these shenanigans, and subsequently, bombings, kidnappings and killings occurred; terrorism was on the rise while Jonathan was seen incapable to fight insecurity, corruption and unite the nation. He was labeled “incompetent and clueless” by the APC. All forces were pooled to make him lose the election. He did lose.

In the lead-up to the 2015 election, Jonathan’s feet were swept out of the grounds of Kano after a political rally. It was explained that, “In Hausa culture, wherever a broom is used to sweep off the departure of a guest, it is the highest expression of disdain for the visitor.”

The drafting of Jonathan into the race as “an apostle of one Nigerian and solid bridge between the North and South…a man of peace that Nigeria needs now to rescue the country from imminent collapse,” as Shehu Umar noted is rather narrow minded as Jonathan holds not the sole key to rescue the country.

If Jonathan is a “solid bridge” builder he would reciprocate the political support given to him by the South-east people and Igbo people in general during his years in office. He should also speak out for justice, equity and fairness for the two major parties to zone to the South-east their presidential ticket.

If Jonathan is a bridge builder, he would have, as the leader of the People’s Democratic Party (PDP), build up the party. Instead, he remained silent and now, he considers jumping into APC as a food-is-ready politician?

From the developments within the APC party, it is obvious that the candidacy of Jonathan, if he gets the endorsement of the president will polarise the party and that will increase the political turmoil.

Jonathan is looking forward to being used to sideline the South-east political interest and as such to delegitimize the quest and clamour of the South-east people whose turn is justifiably to produce the president. Doing so, does not make him a peace and bridge builder. His interest and ambition can be summed up as an act of usurpation.