South East Patriots push for a Nigerian president from the region 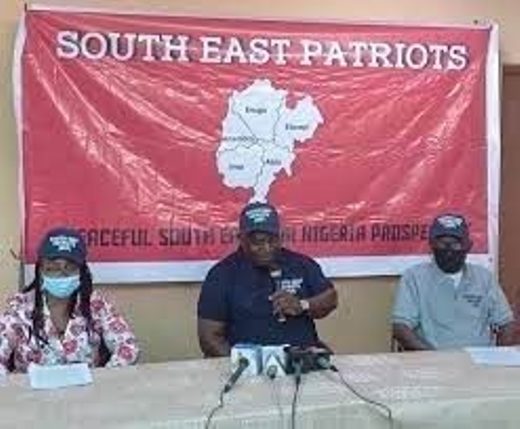 The South East Patriots (SEP) held a press conference in Abuja yesterday, where they are pursuing the actualization of a Nigerian president from the South-east region in the 2023 general elections. They made a strong point that the next president shall come from any of the 5 states that make up the region.

The presidency rotates from the north to south and given that the north is finishing their turn with the Buhari administration, the south is pressing hard that it is their turn, whereas, within the south, the South-east is justifiably the region to field the president in the next election. There are postulations from different quarters where the South-west and the South-south are positioning to stake a claim including the north.

While making a case that it is the turn of the south, the governor of Rivers State, Nyesom Wike who is from the South-south, was silent on which region in the south that will field the president. Governor Wike, who has an interest in running for president, had said that, “he does not think anyone is more qualified than him to be president in 2023.”

In response to Wike’s interest to run for the president, the SEP termed it self-serving and ridiculous and told him pointedly; “do not run.”

The group believes that, “it would be insensitive to the agitation of the South-east for anyone in the South-south or the South-west to present themselves for the presidency at this time, we in the SEP will consider such aspiration as being offensive to the sensitivities of the people of South-east. We consider it a fraud.”

The convener, Sir, Obunike Ohaegbu also recognised that, “since the end of the Nigerian {-Biafran} Civil war, and the declaration of the “No Victor No Vanquished” in 1970, the South-east zone has been alienated and totally excluded from holding senior offices in Nigeria, especially the office of President and Commander-In-Chief of Nigeria.” This has been ongoing for about 52 years.

The group went further to enumerate the state of infrastructure in the region which is in total collapse and neglected by the country and how the region has been deliberately excluded in the scheme of governance of the country.

For this neglect and exclusion, there have been agitations for an independent country by the people of the region and also a chance to be the president of the country.

Some stakeholders have been making pronouncements, justifying and making a case for equity and justice to prevail in the country.

The pan-Yoruba socio-political organisation, Afenifere, had said “any attempt to deny the South-East the presidency in 2023 is a gang-up against the region dominated by Igbo.”

Pa Ayo Adebanjo, the leader of Afenifere also said, “There should not be any argument about that because the South-West has gotten it, the North has gotten, South-South has gotten it. You want the Igbo to remain in Nigeria but you want to discriminate against them. There should be no argument about where power should shift to, it should go to the South-East. Any other thing is gang-up.”

Accommodating, which is the nature of the South-east people, SEP made a case for the North-east region noting that, “nobody from the North-east has led Nigeria since 1970.” Yet, the zone was in the presidency as the Vice President for 8 years from 1999-2007.

Any permutation that will scheme the South-east out from fielding the president in 2023 is at best an injustice to them.