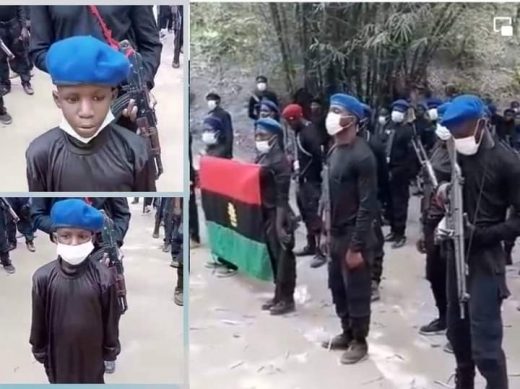 After the Ugandan leader President Yoweri Museveni seized power, the people of Acholi revolted. To oppose Museveni who was quite knowledgeable in the resistance movements – he co-formed the National Resistance Movement (NRM) and led the NRM’s armed group which he used to launch guerilla war against the Milton Obote administration and eventually seized power, a movement that was named Holy Spirit Movement led by Alice Lakwena was organised. The movement was soon quashed by the Ugandan forces. Later, Joseph Kony, proclaimed himself a prophet for the Acholi people. He took charge of the movement which would become the Lord’s Resistance Army (LRA).

Kony had claimed he would liberate Uganda, especially northern Uganda from Museveni. He waged a war of attrition. He aimed to establish a state ruled by his own version of the 10 commandments.

When his people, the Acholi, failed to accept his revolt, Kony began attacking them – ‘abducting women and children and massacring entire villages.’

Kony and LRA abducted children whom they made child soldiers and sex slaves that would be killed should they desire to run away or defect. About “30,000” children were abducted over a period of more than 25 years.

The LRA operated from the bush across Northern Uganda, Central African Republic, South Sudan and Democratic Republic of Congo.

Kony, in an interview, denied these allegations about child abductions and said he was in the bush fighting for the liberation of the people of Uganda and for democracy.

“Children were forced to kill their parents or siblings with machetes or blunt tools. He mutilated those who stood in his way or those simply in the wrong place at the wrong time, cutting off innocent civilians’ noses, lips, and hands.” The Invisible Children reported.

Dominic Ongwen who was a former commander in the Lord’s Resistance Army, and currently appealing his 25 years of imprisonment in ICC has submitted he was abducted aged nine by the LRA group led by Joseph Kony.

Some children are coerced, manipulated and threatened by these actors and are made to carry out unconscionable actions.

When the Eastern Security Network, (ESN), the armed group of the Indigenous People of Biafra (IPOB) led by Mazi Nnamdi Kanu who is currently in detention showcased a video where a boy of about nine years old displayed his effective handling of an AK-47 assault rifle, it showed, the group may be in the path trodden by Joseph Kony.

Conscription of child-soldiers is not far from any war where children are used as spies, messengers, guards and more. It is not right as children should be left out of these, which leaves their lives and future, barren.

“The recruitment and use of children by armed forces or armed groups is a grave violation of child rights and international humanitarian law.” UNICEF warned.

“The Nigeria Government and its DSS are desperate to implicate IPOB and ESN that was why they kitted a child to claim he is part of ESN operatives.” IPOB stated.

They further stated that, “Biafran youths are fallen over themselves to be part of this elite defence outfit how then is it possible that ESN will leave able-bodied youths ready and willing to be part of it and settle for a child?”

In a seeming cover-up, the child in a video stated his willingness to drop out of school to join the armed group after Fulani herdsmen-led killings in his school – this grave incident did not make it to the media.

Already, the ESN seemed to have captured a headquarter in the axis of Orsu local government of Imo state and Nnewi South local government of Anambra state from where they have perpetrated acts of terror on the people and arson on the social amenities.

Anambra south bordering Imo in Orsu, in particular, has witnessed terror and displacement of the people, who for their safety have vacated their homes.

In the video released by the ESN, the said child soldier, according to the narrator, was among the fighters who dispelled the Nigerian soldiers from the Orsu local government.

Deaths have occurred along that axis as the cannibal den was discovered in Orsu last December by the Hope Uzodinma led government of Imo and security forces.

Former Deputy Leader of the IPOB, Uche Okafor-Mefor, wrote on his Facebook page that, “The Indigenous People of Biafra under Nnamdi Kanu(IPONK) are primarily responsible for the ongoing, heightened spate of killings and the spilling of the blood of Igbo Biafrans in Igboland.”

The spate of killings and arson across the Igbo land has escalated and from a group that clothed itself with non-violence as part of their approach to self-determination.

LRA had the advantage of thick forest of four countries to operate that enabled Kony to be elusive to Ugandan forces and international manhunt over the years. ESN does not seem to have such an advantage.

The Soludo administration has offered amnesty to these actors to embrace a better way of agitating than violence and staging gun battles and conscripting children.

Kony did not succeed in overthrowing Museveni as his forces dwindled over the years.

The IPOB/ESN should give peace a chance and allow Igbo people a chance to safety.

Launching a war of attrition to get the Igbo people and the socio-political leaders to buy into the agitation, and force the hand of the federal government is not the safe route. Rather than pressing for a fair treatment of the Igbo people in the country within the law, violence is launched on the people, destabilising the region and upending the values and culture on the pretext of liberating them.

The future seems barren if there is no end to the steady walk to self-destruction.