A beautiful song with a hoarse voice

Home » A beautiful song with a hoarse voice 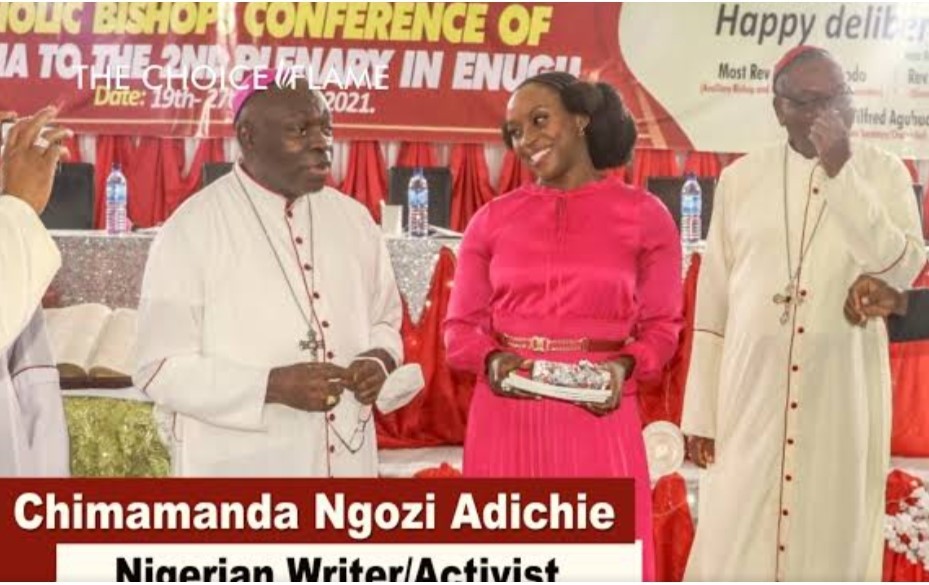 I grew up in Nigeria’s South-east, Anambra state, in a devout Catholic family. My parents were benefactors to many priests who strive each day to live an admirable and holy priesthood. My uncle, a Spiritan priest and a Professor in the University of Nigeria, who passed recently, was a pious and kind priest. In Nigeria, Priests are accorded high honour and responsibility.

The Catholic Church in South-east Nigeria was a growing church and some practices, though rigid to have produced Blessed Iwene Tansi, are becoming less rigid. When I first came to Abuja, I saw that some practices like the payment of AMF and AMC levies were not taken seriously as was in my area.

Some from the South-east, who live outside their community, do not show financial commitments to the local church only to show up during the festivals or bereavement. This makes some priests seize the moments to prod them for support or to clear the levies.

It was often a subject of arguments about some doctrines of the Church which were attacked at the time Pentecostalism was having a footing and it was a time the Church was firm in its evangelical process, that couples were punished by kneeling at the altar and denied Communion for giving away their daughters in marriage to especially, Anglican Communion. This was also a subject of contention between the two Christian denominations. Many people who found this practice absurd left the Church or alienated themselves. Some left the Church in protest of the levies.

Priests were high handed as regards some of these demands and practices and as they were seen as morally superior – closer to God and like the apostles, they were highly regarded that no one could challenge their laws but there were resistances to these laws.

People who do not understand that being firm by these priests stemmed from evangelising a society still in shock and still processing the marriage between the Traditional and the Christian religions and its demands; were putting up resistance to the new religion that they were subjected to such firm handling albeit naively.

Priests were regarded as and played the role of fathers and were called in, in family/extended family matters, community disputes, and land disputes as they performed the duties of counsellors, mediators, judges and other duties as may be deemed. According to them these responsibilities sometimes were misused by some of the priests who exploit the platform to psychologically harm some of the congregants.

In today’s Church, which is fast in adopting overt materialism and trading prayers and blessings of God by the amount of money donated or seeds sowed to the Church rather than ensuring the spirituality of the congregants – I personally frown at such adoption, is what Ms. Chimamanda Ngozi Adichie speaks against.

In her address to the Catholic Bishops Conference of Nigeria, she had urged the Bishops to retain that flavour of Catholic Church and not try to adopt some practices that removes from the Church the solemnity of the prayer of the Mass. The gradual centrality of fundraising within the Mass which is taught to be the highest prayer should be discouraged.

People often do not think about sending money to assist the Church other than what happens inside the Church within the time of Mass but that solemnity should not be sacrificed for fundraising. The Church can call for assistance. People willingly could assist as they deemed within their capacity. Fundraising inside the church could be a show to measure up or to save face which in itself takes away the accrued grace and blessings. A fundraising event can be organised. The Church should be a place of refuge.

It was on this subject of centrality of fundraising within Mass that Chimamanda, during the funeral of her dear mother, was criticised by the priest in charge of her local parish. I am running the risk of walking into the trap of dwelling on a single story of Chimamanda which she had warned against but do not have a channel of communication with the priest. I run again the risk of basing my assessment of him from those that know him well.

The priest, who may have thought that the opportunity of the funeral thanksgiving of the Adịchies offered him the platform and the opportunity to communicate his response to Chimamanda’s advocacy, made an error of judgement.

In times of grief is when we are most vulnerable. Having become orphaned myself; the grief never ends. But solace is found in the comfort offered by friends, family, community and the Church. In the words of my late mother, Lady Ukamaka, “Ndo- (sorry) does not end grief but it makes most sense when said and hurts most when not said by those who should.”

The priest in charge, having been regarded as a father, is that one person who should say ndo and offer comfort. Not offering that comfort is what hurts the Adichies.

As the priest made an error of judgement, the Adichies should not have aided that error by walking out of the church which added to the grief of the memory of the life and death of the matriarch. In Igbo saying, adịghị abụọ ayi ara, which equivalent in English is, two wrongs don’t make a right.

The memory created by the family in that conduct, did not depict compassion for their mother’s memory which Chimamanda speaks of. There is also compassion in forgiveness which Chimamanda has not also depicted in her desire to rally the global community against the Nigerian Church, and in particular the Church in Igbo land.

In her interview with the TVC, she said that the Bishop under whom the priest serves has done nothing substantial in assuaging her grief when she voiced her displeasures to the Nigerian Bishops, but, calling on people to form a community of victims – an army; resulting from different scenarios and contexts is not showing compassion, rather, it is staging a fight with the Church.

That is not the practical way to find “social friendship” which is now done in search for priests who have wronged people – stories, based on a single story for public opprobrium.

The Nigerian Church is in continuous growth. The priests struggle daily to keep up with their vocation. The Nigerian congregants; individually, are fighting for their spiritual growth. How is compassion shown towards these groups when as having claimed not considering herself a Catholic in her article in L’Osservatore Romano now shows “exercise in…power (of global platform )” to throw in bad light the Nigerian Church and especially in Igbo land, for the craved compassion?

We grieve differently and we fight differently. But, in fighting, let it not be based on exercising power which is loathed, yet, utilised to fight.

In this fight, Chimamanda has turned her beautiful song of advocacy for compassion, kindness and less materialism of the Church and has begun to sing it with a hoarse voice of a proud, victimised woman that wants to cut a pound of flesh from the Church that could not offer her desired compassion in her time of grief.

It no longer seems about seeking for apology or compassion; it seems going all out to demonise the “deranged priest, his supportive superiors” and the Nigerian Church.

The error done by a single priest should not be the basis to launch a community of castigators against other priests and Bishops that work towards that “social friendship.”